The word Petra means rock in Greek. Petra was a great Nabataean ancient city, most of its remains being a complex of tombs quarried into the red rock of the area

This rock is what gave Petra her name “the red rock”. This site is the most popular in Jordan and was chosen to be an UNESCO World Heritage Site. The site is located near the village Wadi Mussa and is open to the public all year round. The village offers many hotels and hostels, bars, cafes and restaurants for tourists. There is an entrance fee and it is best to have a full day to get the most out of what Petra has to offer.

The first western researcher to find Petra was the Swiss Ludwig Burkhardt in 1812. He had converted to Islam and managed to visit Petra under a made up name as one of the Muslims touring the area. That was the beginning of significance and curiosity Petra was in the mind of western researchers. The first organized dig in Petra was during the 50′s and its secrets still rest mostly hidden! Some researchers are not convinced that this is a Nabataean city and tend to believe this is the biblical city of Rakam.

The main sites in Petra are:
The Siq – A natural crevice in the red lime stone 1.2 kilometers long with striking walls at the height of 70-100 meters. The walk through the Siq is a breathtaking experience!

The Hazana – One of the most impressive remains in Petra. Hazana means treasure; the locals refer to the place as Pharaoh’s treasure. When the Bedouins of the area saw the interest western people had in this monument, they thought the jug on top was holding a great treasure and tried to open it with gunfire. This monument is 40 meters high and 25 long and it displays various architectural influences.

The Theater- In The middle of this cemetery stands a huge Theater for 8000 people. The prevalent view connects the theater to Nabataean worship of the dead. This theater is carved out of the original rock.

The Ed Dir- A clime up 750 stares brings you to the biggest monument in Petra. Ed Dir means “monastery”, this name was given due to crosses carved there by Christian pilgrims. The monument is 44 meters high and 47 meters wide. Near the site is an outlook to Israel and a little creek with a relief of a man and two camels carved into the cliff face.

One can discover Petra for one day after another, it has endless sites to see and visit, and this is only the beginning! 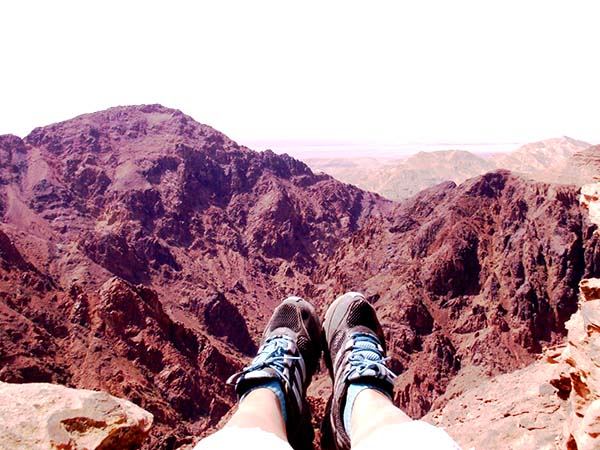 View from the red rock 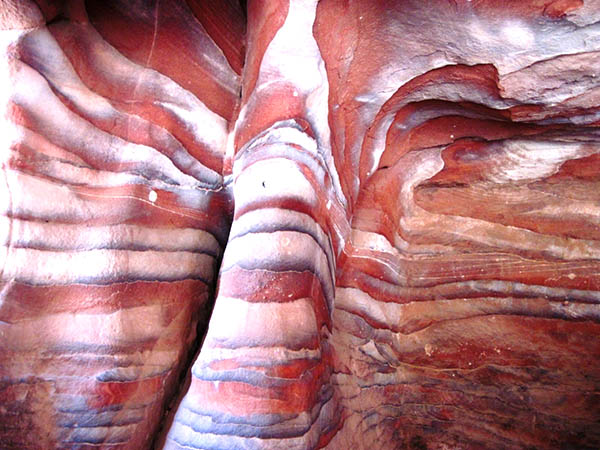 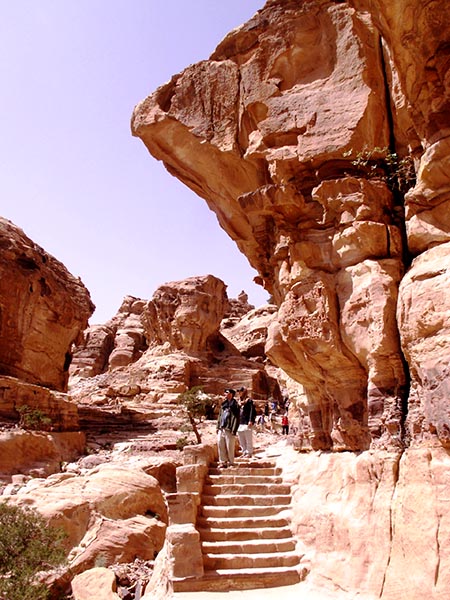 On the way to the E-Dir” 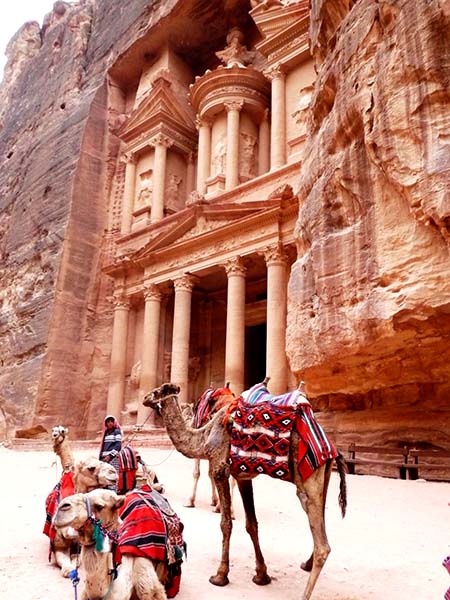 Looking for more? click and see many options for Tours in Jordan

Jarash is one of Jordan’s famous ancient sites, a Roman city dating back to c.170BC.