Join a fascinating graffiti tour in Tel Aviv following the development of the city’s street art scene in, its underground graffiti artists, and the various galleries.

How many times do you cross the street without looking at the walls around you?
We will take a tour in Tel Aviv called “Talking to the Wall,” where you will discover Tel Aviv’s vibrant street art through the graffiti on the walls, the protests presented through it, the city’s special paintings, and the great names of this hidden world. Which artist is respected by the other artists?
How do the artists know that their wall painting is loved by passersby? What is the city’s policy regarding graffiti? How do artists put graffiti into a gallery and make money out of it? Does that mean it’s less underground?
Route: Florentin, The new central station 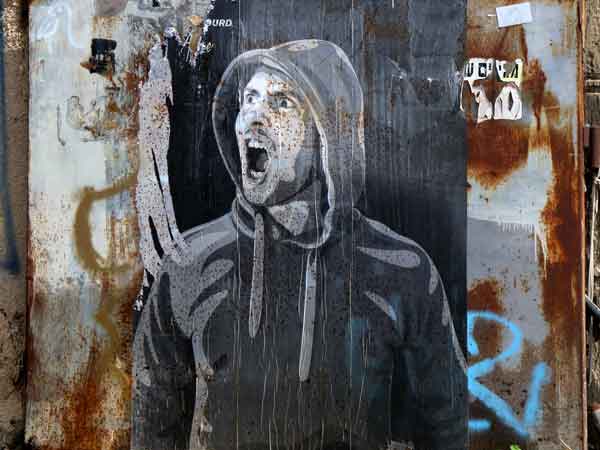 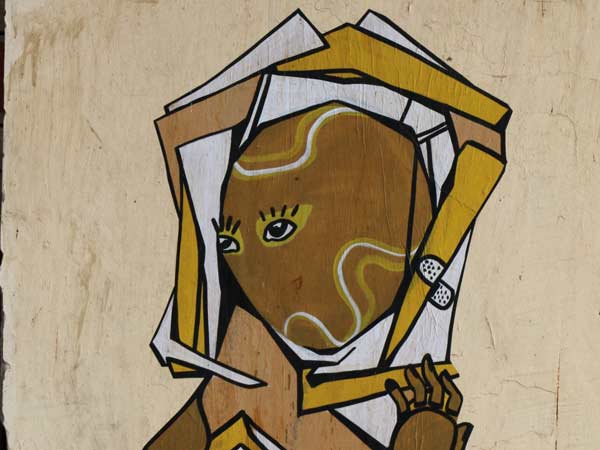 A few more words about the graffiti and street art tours

We move through the urban space, cross streets, enter houses and shops, sit in the garden, and suddenly encounter an inscription or painting on the wall. Sometimes we pass the inscription quickly without thinking of it. Sometimes it makes us angry and we see it as vandalism. From time to time we stop, read, look, and try to understand what it is doing there. Who painted or wrote it? Why this specific painting? Why here? And how did someone climb so high and draw such a beautiful painting without being caught?!
You could find graffiti of all kinds making all sorts of different statements, or with no statement at all. Graffiti is usually being done on public or private property, without the consent of the property owners. When the graffiti being done in cooperation with the municipal authority or the owner of the property, it considered “street art.”

The earliest graffiti which was found in Israel was from 1384 in the Church of the Holy Sepulcher in Jerusalem. Surprisingly, you can find a sort of graffiti on the stones of the Western Wall as well, engraved with the names of visitors on the site. Apparently, “Shimon wanted to announce that he was here.” As an art form, graffiti crossed the Atlantic from the United States in the 1960s, and the scene has occupied the streets of the cities, especially Tel Aviv, ever since. As Tel Aviv’s southern neighborhoods filled with colorful graffiti, the municipality turned a blind eye and residents started to encouraged the scene. Known artists began to create graffiti art alongside street artists. Graffiti art became the most accessible art for artists and viewers. On one hand, there are no rules in this sort of are; on the other hand, there are clear lines of respect and appreciation between the artists.
In this tour, you will learn how to speak with the walls. You will understand the difference between a mural and graffiti, and which artists are now working in the public sphere (for example, an artist called “Courage”).
You can join a graffiti tour in Tel Aviv over and over again to discover new and fascinating art pieces.

What’s hidden in the alleyways of Jaffa? Who visited the city?

Enjoy a tour in the Carmel Market and Kerem Hatemanim